Monthly sales figures for homegrown films tumbled to their lowest point in seven years last month on a dearth of hit titles, a report showed Saturday.

Sales of tickets for South Korean movies came to 18 million in August, 4.21 million less than the monthly sales recorded in August last year, according to the Korean Film Council.

It is the first August figure to fall below the 20-million level since 2012.

The unusual downturn is attributable to Korean films' tepid performance this summer.

Such famous movies as 2014's "Roaring Currents" and "A Taxi Driver" and "Along With the Gods: The Last 49 Days" from 2018 dominated the summer box office in the past, all drawing more than 10 million moviegoers each.

The movie scene this summer was an exception, with the best-performing film, "Exit," managing to sell just 8.28 million tickets in August following its July 31 release.

The second-best-selling title was "Battle of Fengwudong," which sold less than 5 million.

"As several similarly themed high-budget films hit the screens in the busy summer season, moviegoers might have grown tired (of them)," an official at the Korean Film Council said.

"After four films that sold more than 10 million tickets in the first half of this year, demand has also come down in the second half," the official noted.

Monthly sales of tickets for non-Korean movies, meanwhile, came to 6.81 million last month, down 1.24 million from a year earlier and the lowest for August since 2012. 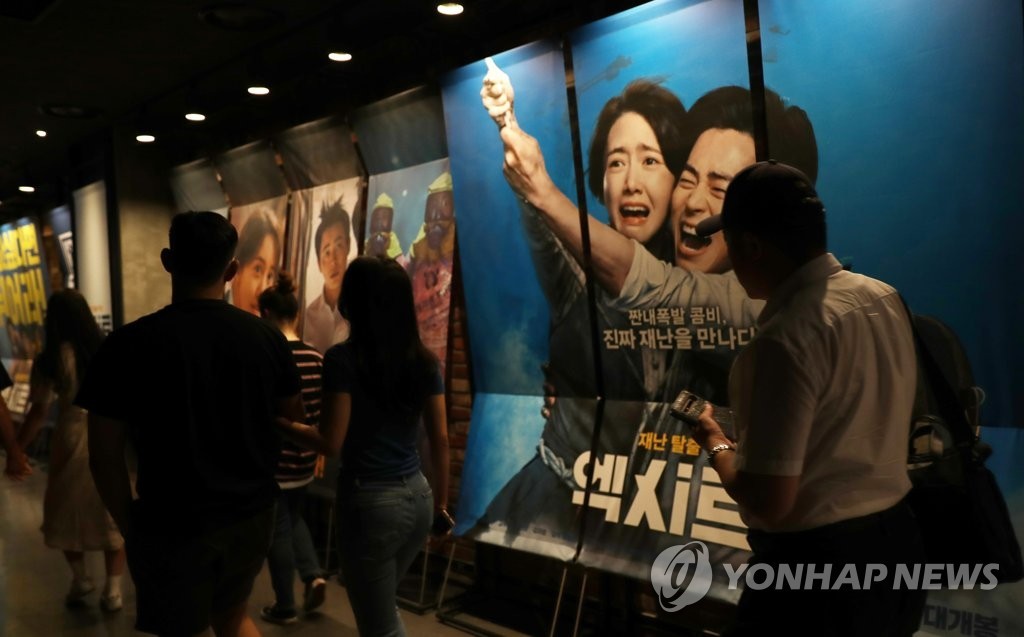 This puts the total ticket sales at 24.81 million in August, down 18 percent on-year and the lowest figure for any August since 2013, according to the report. (Yonhap)