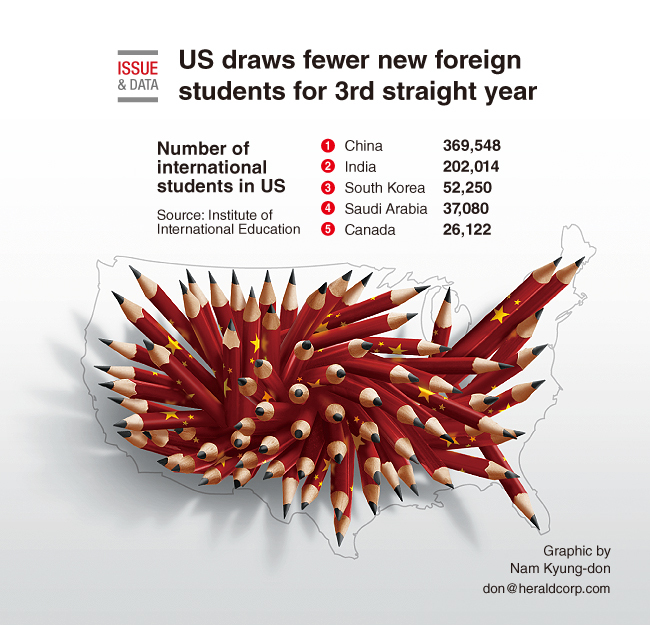 A new report found that the number of foreign students coming to US universities continued to decrease last year.

The annual report from the Institute of International Education found a 1 percent decrease in the number of newly enrolled international students in fall 2018 compared with the year before. This follows two years of decreases after more than a decade of upward movement.

Some schools have blamed US President Donald Trump’s anti-immigrant rhetoric for driving students away, but the State Department says students are deterred by the high cost.

China continued to send more students than any other country, followed by India, South Korea and Saudi Arabia. (AFP)