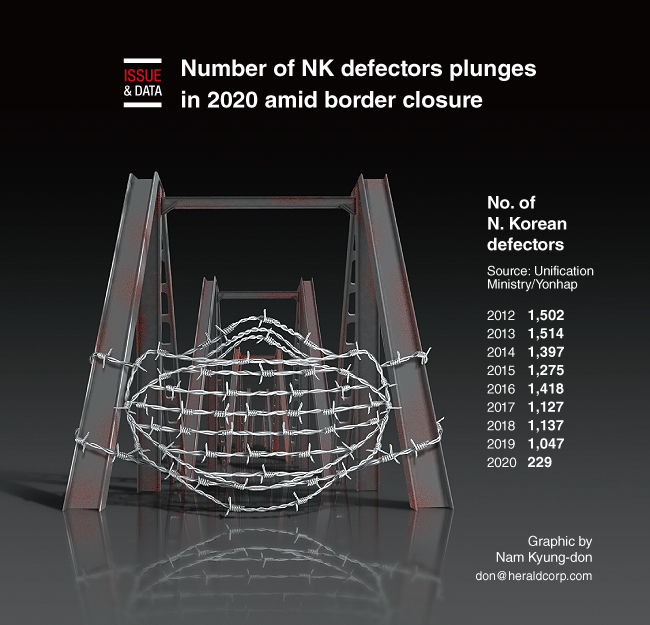 The number of North Koreans defecting to South Korea dropped sharply last year apparently due to the North’s border closure to prevent an outbreak of the coronavirus, government data showed.

According to the data provided by the Unification Ministry, a total of 229 North Koreans settled down in South Korea last year.

During the first quarter, 135 North Koreans defected to the South. The figures in the second, third and fourth quarters dropped to 12, 48 and 34, respectively. (Yonhap)